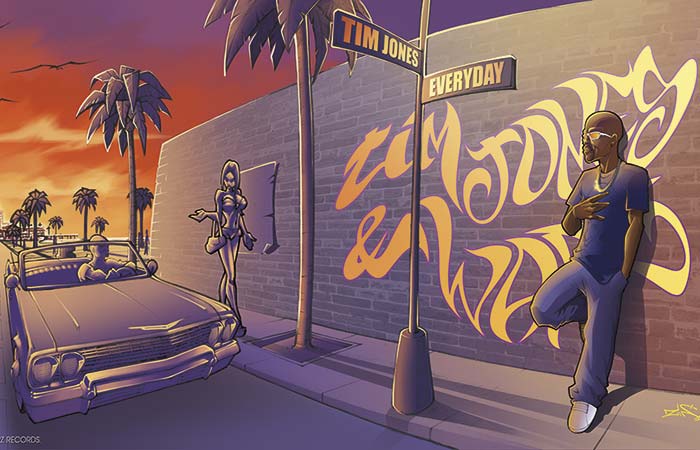 Tim Jones' album out next week : full preview and pre-order

Announced long ago, Tim Jones debut album took some time to emerge but will be in your headphones next week !

So let's get into it now with a full preview of the project, in this video introducing you all tracks of the album :

The album will drop in your homes April 8th, and pre-order is now available in our store !
All CDs will be shipped between the 4th and the 7th, pack included.

Share the word to all black music lovers, this album is about to be a big surprise in the current G-Funk and R&B scene !